Today we had a long way to drive: almost 280km over not so good roads, sometimes over the so-called "dirty roads". This distance was good for a drive of a whole day! Of course we stopped from time to time not only to stretch our old limbs but most of the time to look at the birds.

In the city of Yeghegnadzor we noticed already early in the morning - during a walk before breakfast - the Nightingale, the Syrian Woodpecker, the Golden Oriole, the Goldfinches.

We stopped at Carahunge, the "Armenian Stonehenge", an ancient archaeological site near Sisian. We made a long walk between the stones in search of birds. That we not only found birds (such as the Long-legged Buzzard, the Blue Rock Thrush, the Tawny Pipit, the Red-backed Shrike) one can see at the first 2 pictures ... In the meantime Mika was always looking for something special to show us! 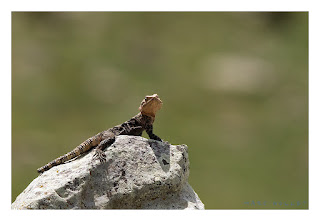 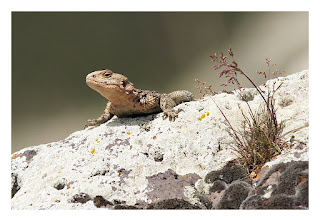 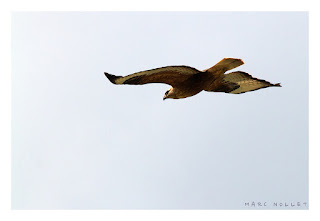 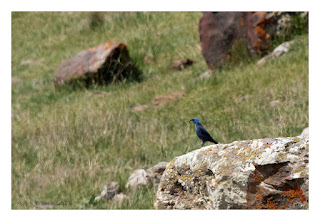 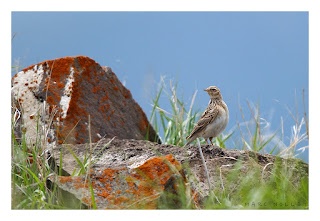 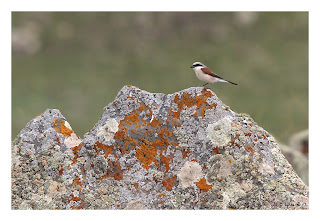 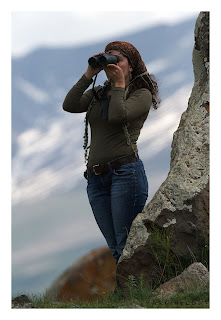 When we continued our way to the Armenian/Iranian border we suddenly saw a Long-legged Buzzard struggling with a snake. We all jumped out of the bus, the bird flow away and we had a closer look at the snake thanks to our driver. Afterwards - at home - we could identify this snake as a Blint Nosed Viper (Macrovipera lebetina), a venomous snake which bite is deadly dangerous for man and pet! 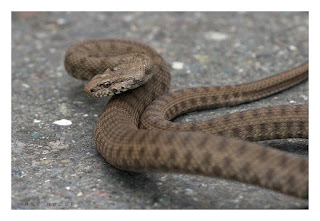 We had lunch (with a view) in Goris and later in the aftenoon we passed the Meghri pass at a height of 2534m! All transport from Iran to Armenia has to use this pass: very heavy Iranian trucks drive very slowly in a cloud of exhaust gas. We stopped for a short walk just over the top and we could follow a fox while he was hunting. We searched once again on the snow for some rarity but we saw only a Water Pipit and a Rufous-tailed Rock Thrush. 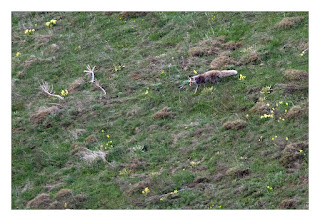 Finally we arrived in Agarak after a drive of a few kilometers along the border between Armenia and Iran. The valley of the Aras river, so green, is in hard contrast with the naked brown rocks of the Iranian mountains! Agarak is a lovely village with friendly people and very lively. That we noticed during our dinner: now we know how a birthday party for a 6 years old child is organized!

Seven species were added to our list which brings the total at 142 species!