Early in the morning Jef and I made a 2 hours walk in the city of Agarak. In a little park nearby the hotel we listened to the song - if one can call it so - of a Hoopoe and a Golden Oriole. We saw a lot of Goldfinches and a Syrian Woodpecker.

After breakfast we went to explore different gorges, deep ravines in the hope to find some species we did not see yet. Mika leaded us with her GPS to the places where some birds may be ... And as always these were there: a Eastern Black-eared wheatear, a Eastern Rock Nuthatch, a Black-headed Bunting. 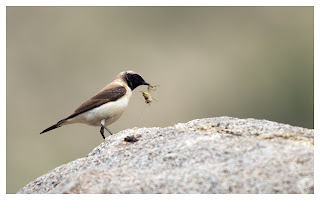 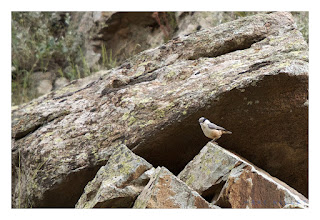 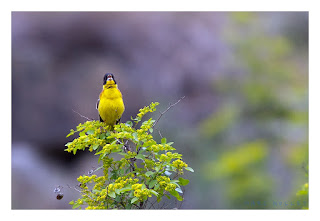 When we returned in the direction of Meghri, we stopped at a place along the road where a Levant Sparrowhawk was seen. While we looked out over the valley the hawk came sitting on a pole only 15m away from Mika. We were all very happy with this exceptional observation. For me it was once again a lifer!

After the lunch we visited another gorge where a dog was watching over 3 goats. The first bird we saw was a Finch's Wheatear ... I thought ... but I was told that it was another wheatear, an Eastern Black-eared Wheatear. We continued our way up and made a long walk.  We saw a Lesser Whitethroat, a Eastern Rock Nuthatch, a Green Warbler and we could add for the first time a Red-fronted Serin to our list. 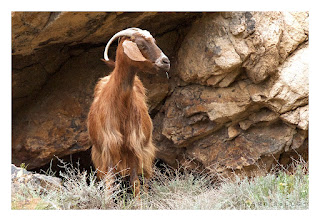 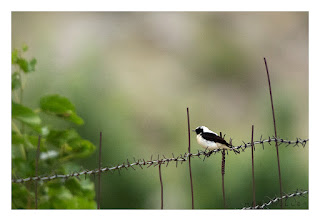 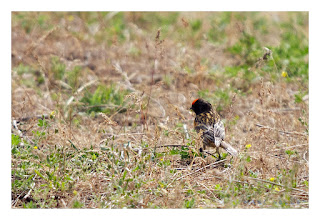 As we did yesterday, we added today 7 new species to our list: the total was now 149!