When we woke up this morning 3 SUV's were already waiting for us in front of the hotel. Two modern American Jeeps and one 5-years old Russian jeep. After an early breakfast we took place in these jeeps. I chose for the Russian one. I could sit in front, Mika and René behind me. The drivers should take us up in the mountains as high as possible where we wanted to search for Caucasian Grouse and the Caspian Snowcock.

The road was really dirty after the thunder-storms of last night and the SUV's finally stopped in the sticking mud. We still had to climb a long way to reach the alpine fields where perhaps the birds we were looking for, were living. The views were breathtaking and we enjoyed the songs of the Sky and Wood Larks, the Black-headed Buntings, even the call of a Chukar. 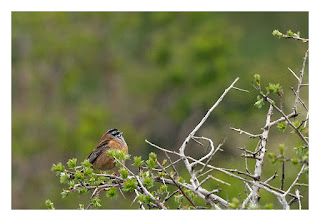 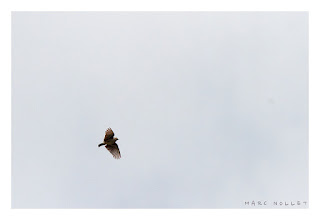 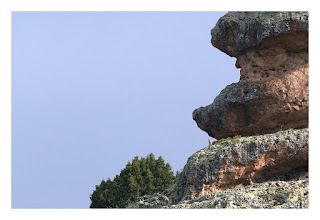 
We climbed higher and higher and our respect went to Sam who was carrying our lunch for today without complaining. In the meantime the Ortolan Bunting became the bird of the day: he was everywhere and appeared sometimes only a few meters of our group. 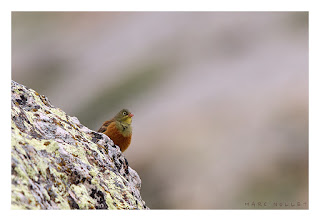 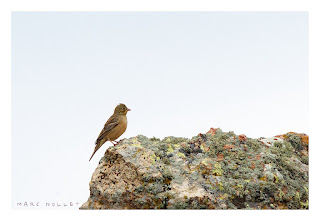 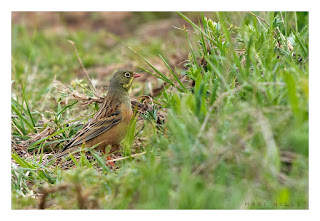 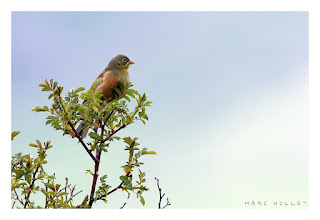 As said Guido: the intention was good, the motivation and the patience were great but ... there were no snowcocks or grouses to see. We were simply much to late ... On the way up, the group was rewarded with the observation of a White-troated Robin, one of the many high-lights of this birding trip. We had lunch high in the mountains and some of us took afterwards a little nap in the sun who showed her face from time to time. 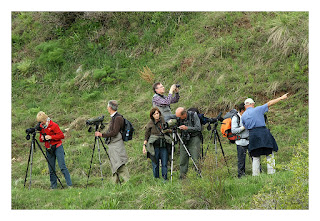 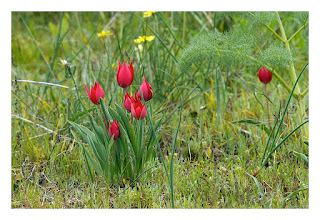 On the way back to our transportation we saw some birds of prey: Common and Long-legged Buzzard and a Lammergeier above the valley. 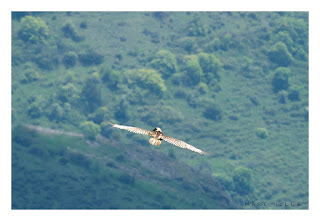 When we arrived at the jeeps we had made a walk of more than 10km on a height of more than 2000m!  The coffee the drivers prepared for us was very tasty!

It started to rain again, not so heavy as last evening but enough to become wet! We changed the transportation - from SUV's to our little bus - and drove to the monastery of Noravank in a beautiful Gnishik gorge where even late that Sunday afternoon a lot of local people where taking pictures in front of the chapel. Mika searched and found - thanks to the co-ordinates in her GPS -  a Eastern Rock Nuthatch and while we were looking at this bird a Finch's Wheatear sat only a few meters away from us!

During the evening we added 12 new species to our list, the total was now 135 species!


(Please click on the images for a larger view!)
Gepost door Barontoo op 12.5.13